Paestum, with its Greek origins has a name that derives from Paistom, from which it’s defined after it’s conquest by Lucan.

Paestum was originally a town of large commercial trading, mostly by sea. Subsequently, there was a huge decline in commercial trading there, after the construction of the main road Via Pompilia, which gave an important alternative to the traditional sea trading. After the abandonement of Paestum, the ancient city remained a vague memory. Only in 1943 after World War II, Paestum came back into the light after the Temple of Neptune and Cerere were rediscovered.In the Renaissance era various writers and poets cited Paestum, whilst ignoring it’s exact location, placing it in Agropoli and even Policastro. Above all, it was the quotes of Virgil, Ovid and Propertius, who remembered the beauty and fragrance of pestane roses that bloomed twice a year.

After your beautiful archaeological visit and time permitting, it may be possible to visit a local company that specializes in the production of dairy products with buffalo milk. 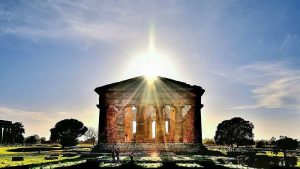 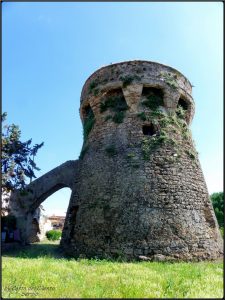 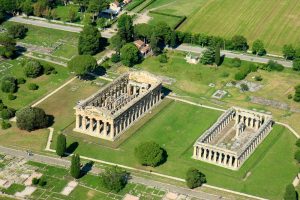 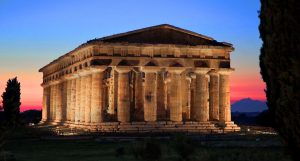 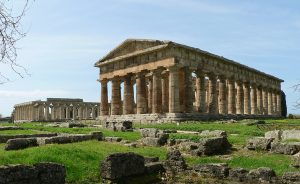 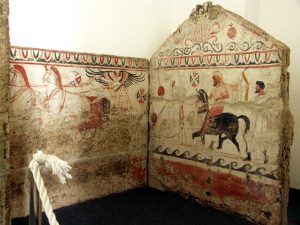 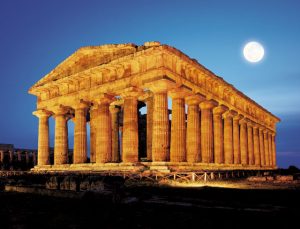 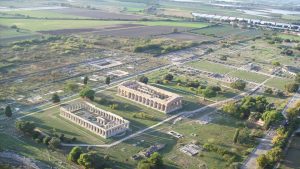 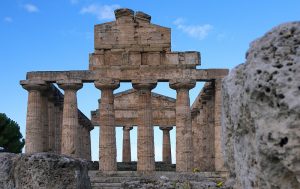 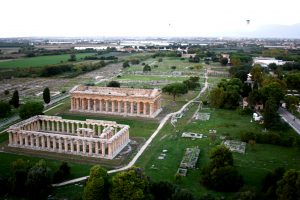 The Tour does not include